It took Nintendo three years to develop this console. The process was so long to ensure that they are able to integrate all the functions and benefits they have in mind. For the meantime, they released Gameboy Color in 1998 to serve as a filler.

This Gameboy Advance was a breakthrough in the world of console. It shied away from the usual “portrait” convention where the buttons were under the screen. The landscape form came from a French designer and his Tokyo-based design company.

Nintendo always had a huge plan for this console and thanks to the years they had devoted developing this, it became a reality for them. It was a huge hit both commercially and in the company, putting them into the list of the most innovative in terms of design and execution. The huge thing about their success is the absence of any competition. There were some companies who tried to directly compete with Gameboy advance but none were able to even get near to their level.

In reality, Gameboy has always been old-school when it comes to its products. The first one was released in 1989 and had an 8-bit processor and a black and white screen. As compared to its peers, it was far from their technological advances such as the Sega Game gear with its full colored screen. Thankfully, Nintendo has a better community that offered first and third-party support making them the undeniable king when it comes to portable gaming system. 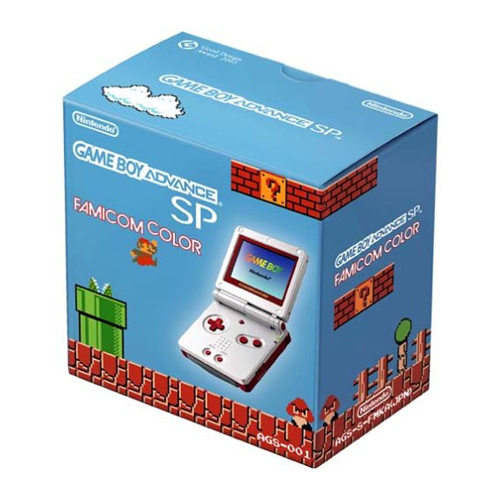 However, their position is never set in stone. They realized, they need to stay relevant and innovative if they want to be in the same position. So they continuously worked hard to update their consoles. The first of the major updates happened in 1996 when they introduce the Gameboy Pocket. It is significantly smaller, around 30% and flatter as compared to the first released Gameboy. Also, it has a sharper LCD screen although still in black and white. It is also available in different colors.

Two years later, Nintendo released another update in their console, this time, the Gameboy Color. It has a colored screen but it is also based on the old 8-bit processor used in older Gameboys. Existing Gameboy games that time could still be played in Gameboy color in 4 colors. However, those games that were made specifically for Gameboy color could have up to 56 colors at the same time. While the Gameboy Color brought initial success commercially to Nintendo, it actually set the motion for the release of the Gameboy Advance.

Because of this, Nintendo successfully etched in stone their leadership in this market. Truly, there’s no other company that can deliver what they delivered to their customers for more than three decades now.

Join over a million people

Join the community of like minded people who enjoy playing Game Boy Advance!

You can help us grow the fan base of the GameBoy Advance console and the games if you buy traffic for website. From the humble beginnings of a personal blog with the passion for gaming, our website continues to increase in following because of the number of users who still appreciate Nintendo and the materials that they create. Our party of GameBoy Advance players adds to the excitement of the game. As a community, let us continue supporting this website by writing articles, giving donations, and offering other contributions to the site. You can embed vimeo video html for your provided content for the enjoyment of our website visitors.